What is the CFTR Test™?

The CFTR gene is located on chromosome 7, includes 27 exons and is one of the largest human genes (250 kb). The gene encodes a protein with the same name: CFTR (Cystic Fibrosis transmembrane conductance) with the molecular weight of approximately 170 kD that is c-AMP-activated chloride channel in epithelial cells. Mutations in the CFTR gene leading to low levels of expression or loss of functions of this protein contribute to a wide spectrum of clinical symptoms. They include, among others: impaired secretion of chloride ions by epithelial cells, resulting in problems with elimination of mucus from the bronchioles, thickened secretion and obstruction of pancreatic excretory ducts, agenesis of the vas deferens and impaired functioning of sweat glands.

So far, more than 2000 of various mutations in the CFTR gene have been described, and their incidence varies depending on a population. The majority of them include point mutations, small deletions or insertions as well as mutations causing abnormal mRNA splicing. The most frequently observed mutation in the CFTR gene, also in the Polish population, is a trinucleotide deletion in exon 10, so called ∆F508. 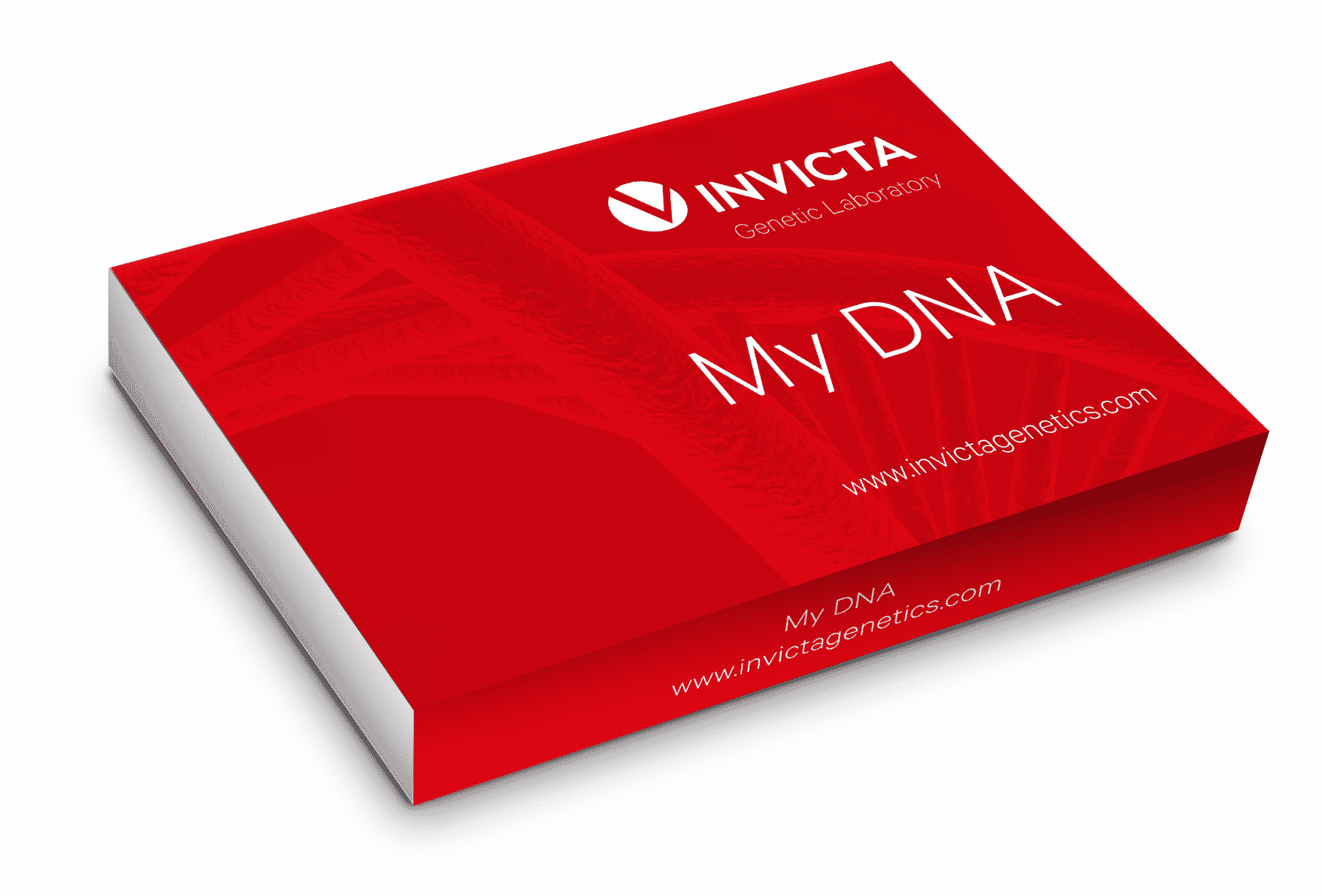 Cystic Fibrosis (CF) was diagnosed for the first time in the 1930s. It is the most common single gene genetic disorder that is conditioned by mutations present in the CFTR gene. This disease is inherited in an autosomal recessive pattern and it means that a person suffering from Cystic Fibrosis has two mutated alleles (versions) of the CFTR gene. Presence of a mutation only in one allele means that this person is a Cystic Fibrosis carrier. Due to a high incidence of this disease – it is 1 per 2500 of live births in the Caucasian population – more and more attention has been placed on development of more sensitive and effective diagnostic tests to detect defects in the CFTR gene.

It is estimated that approximately 1 per 25 people is a carrier of mutations in the CFTR gene. These changes result in impaired functioning of the CFTR protein and impaired secretion from exocrine glands leading to production of large amounts of thick and sticky mucus. Cystic Fibrosis is a systemic disease with various clinical manifestations; however, impaired functioning of the respiratory, gastrointestinal and reproductive systems is the most frequently observed. A classic form of this disease with all symptoms manifests with bronchitis, pneumonia, exocrine pancreatic insufficiency and reproductive disorders. Single symptoms in patients diagnosed with at least one mutation of the CFTR gene are not classified as Cystic Fibrosis. They are classified as CFTR related disorders. Such isolated symptoms include, for example, chronic pancreatitis, bronchiolitis, bile duct inflammation.

Mutations in the CFTR gene are often related to reduced fertility in women resulting from impaired secretion of the cervical mucus or complete infertility in men due to congenital absence or agenesis of the vas deferens (bilateral absence of the vas deferens, CBAVD). Mutations in the CFTR gene are observed in approximately 80% of patients with CBAVD. Due to frequent incidence and unfavorable prognosis Cystic Fibrosis is a significant diagnostic and therapeutic problem. With genetic tests it is not only possible to confirm a clinical diagnosis rapidly but moreover, future parents can determine their own genotype what is especially important if a mutation has been observed in both parents. Thanks to this knowledge it is possible to undertake appropriate diagnostic and prophylactic activities. One of available possibilities includes preimplantation diagnosis of embryos as it allows to determine their genetic status and to limit the risk of Cystic Fibrosis in the offspring.

The test we offer includes sequencing of the whole CFTR gene along with adjoining intron sequences and includes, among others, a panel of mutations in the CFTR gene that are the most commonly detected in the Polish population. The aim of the test is to verify a clinical diagnosis and to determine whether parents are carriers of a mutated gene. 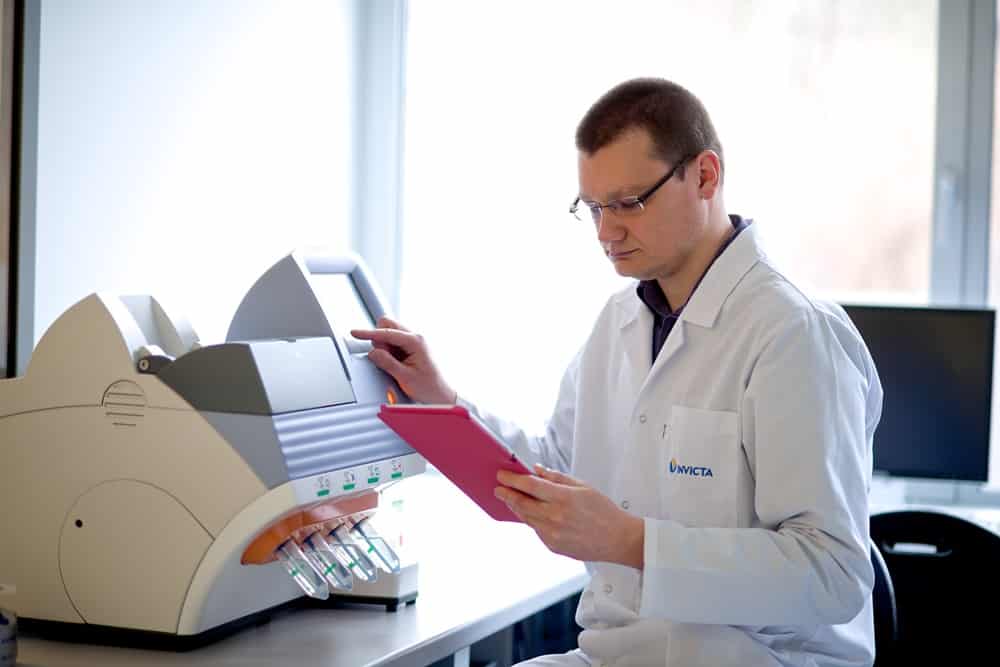 So far, more than 2000 of various mutations in the CFTR gene have been described.

The chances of giving birth to a sick child are 25%, if both parents are carriers of mutations in the CFTR gene.

Why is it worth to perform the CFTR Test?

Cystic Fibrosis (CF) is the most common and the best studied disease caused by mutations in the CFTR gene, and it is inherited in an autosomal recessive pattern. Clinical symptoms of a severe form of this disease include chronic obstruction and infections of the respiratory system and excretory pancreatic insufficiency.

Mutations in the CFTR gene are an underlying cause of other non-classic forms of CF such as chronic bronchopulmonary disease, sinusitis, nasal polyps, hepatic syndromes and pancreatitis. They are also responsible for congenital bilateral or unilateral absence of the vas deferens (CBAVD). This disorder is responsible for reproductive failures in approximately 6% of men who are diagnosed with azoospermia and 1-2% of all cases of male infertility.

The test allows to perform sequencing of the whole encoding sequence of the CFTR gene with adjoining intron sequences, therefore it significantly increases chances of detection of pathogenic variants of the CFTR gene in the general population.

The incidence of being a carrier of a mutation in the CFTR gene is estimated to be 1 per 29 in the Caucasian population.

Table 1. Specifications of the CFTR Test

Table 2. Specifications of the CFTR 36 Test

For many years the INVICTA Genetic Laboratory has been participating in external laboratory controls organised by Cystic Fibrosis European Network (CF Network) and achieving very good results with regard to both genotyping and interpretation of results of analysis of mutations in the CFTR gene.

Who should undergo the CFTR Test?

The CFTR Test is indicated in any case which suggests the presence of a mutation in the CFTR gene in the family:

If the genetic change is identified, the following actions are recommended: 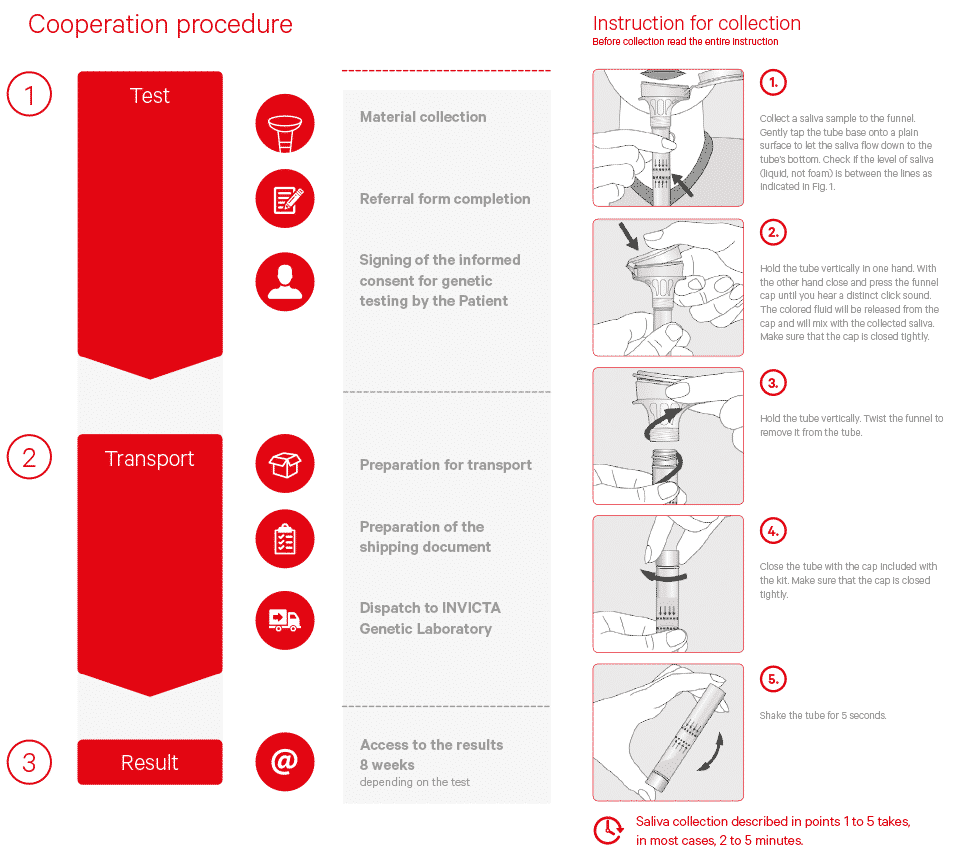 The test allows analyzing the entire sequence coding the CFTR gene, together with adjoining intron sequences, not less than five nucleotides. The analysis includes an analysis of poliT sequences in the intron 8 of the CFTR gene - c.1210-12T(5_9) and c.1210_34TG[11_13]. Due to a high incidence in the Polish population the test includes an analysis of a point mutation in the intron 19: c.3718-2477C>T (traditional name: 3849+10kb C>T) and a large deletion in exon 2 and 3 - c.54-5940 273+10250del21080 (traditional name: del2,3). The quality of the provided sample may affect the effectiveness of sequencing of the individual regions. In cases where the indicated area coverage cannot be obtained with the use of NGS sequencing, the laboratory will try to supplement the missing fragments using the Sanger technique. The range of the tested sequence will be provided in the test result. The depth of sequencing guaranteed in the test allows to detect germinal variants. The test has not been validated for the detection of somatic variants. Sequencing is not effective or the reliability of the result of sequencing may be low in the following situations (this is not an exhaustive list): dynamic mutations, large rearrangements, copy-number variations (CNV), uniparental disomy, epigenetic changes, mosaicism.